Back to School Party Ideas 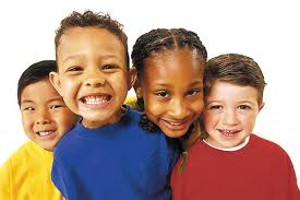 Back to school party is like a New Year's Party. It defines the event of going back to school and in some cases this time of the year calls for a celebration of some sorts. In order to start the new school year in style, the party could have a fun or educational theme. Some themes and activities for such a party are presented below.

A Trivia Game Party. Divide the party into two teams for a fun question-and-answer session for points. The team with the most points wins. Questions could be taken from a standard trivia board game or they could b derived from any period in history.

Jeopardy Party. For this game, contestants are also divided into two groups. However instead of each player stating the answer to a question, they can be given an answer and they have to state a question for that answer. It is like a reverse question-and-answer game. If you have watched Jeopardy, you will know how to play this game. If not, the rules are simple and can be easily obtained online.

Simon Says. This game involves children listening carefully and follows whatever action the person in charge says. This person is 'Simon' and the rest must do what 'Simon' says. The person who stays on the longest without making a mistake or move that Simon did not order is the one who wins.

There are countless other games that children can play at back-to-school parties. For example, kids can play twister, relay games, dodge ball, kickball or charades (acting out a part without talking).

Kids at back-to-school parties can draw, play with modeling clay and make noodle necklaces or design paper airplanes. Activities such as crossword puzzles or word searches are also encouraged.

Sometimes themed party, such as summer or fall, is held as a children's back-to-school party. The party location would then be decorated to represent that particular season and everyone coming to the party would dress accordingly. Another appropriate themed back-to-school party would be a Labor Day themed party. This usually involves plenty of red, white and blue and fits well for this time of the year, since school is usually just before or after Labor Day.

Back-to-school parties can be just a party to get the kids to sing songs and dance together, or they can be talent time competition or an art and craft contest. After all the party is to help bring in the new school year and to promote school and learning so kids have a better attitude about receiving an education.